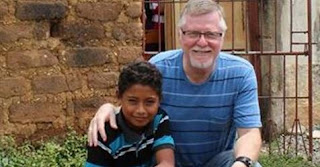 I happen to be one of those persons who notices things. I'm talking about all sorts of things. Big things. Little things. I just happen to be a noticer; an observer, if you will. I'll notice when someone's hair changes during the same seen in a movie. There would have been no reason for their hair to change because the scene didn't change. The cameras would be on two people carrying on a conversation. As the cameras alternate between the two characters, one of the character's hair changed a bit! (Usually a female.) Apparently there was a break in the production of the scene. When the production resumed, the hair was just a little bit different. I just notice stuff! Sometimes it amazes me.

Every year, in the month of August, I tend to notice that Fall is near. Weird huh? Not because the calendar says so, but for other reasons most people don't catch. Remember, I said I notice things. How do I notice this? There is something about the shadows the sun causes during the month of August. They seem to be longer than say, in May and June. Yes, I know that August is the hottest month of the year here Georgia's Golden Isles, but it's not about the immediate temperature. It's too early for what little folliage that would change in the Fall to change. It's the little things that are changing that give me a bit of excitement that Fall is on the way.

Jesus says we need to notice some really crucial things. And for you and me they are pretty noticable. "Now learn the parable from the fig tree: when its branch has already become tender and puts forth its leaves, you know that summer is near." (Mark 13:28) Jesus also said, "When it is evening, you say, 'It will be fair weather, for the sky is red.' And in the morning, 'There will be a storm today, for the sky is red and threatening.' Do you know how to discern the appearance of the sky, but cannot discern the signs of the times?" (Matthew 16:2-3)

The signs of the times; definitely something we really, really need to notice and observe. Why would Jesus say it's very important to notice the signs of our time? Because the signs of our time alert us to the fact that Jesus is returning soon. "Now learn the parable from the fig tree: when its branch has already become tender and puts forth its leaves, you know that summer is near; so, you too, when you see all these things, recognize that He is near, right at the door. (Matthew 24:32-33)

The key to observing of the signs of our time is learning and knowing the Word of God. It is recognizing "all these things" that Jesus said would alert us to His imminent return. It's true, according to Jesus no one (but the Father) knows the day or the hour of His return. However, we should all be observant enough (according to current signs) to know that His return is near.

If we don't know the exact day or hour of His return, we must always be ready for His coming. Today could be the day. Somewhere within the next 60 minutes could be the hour. Are you ready? Many Christians don't believe His return is near. But my friend, know that it has been over 2,000 years since His departure. And most importantly, know that the signs of the times are loudly proclaiming that Jesus' return is very near.

One final passage. "For this reason you also must be ready; for the Son of Man is coming at an hour when you do not think He will. Who then is the faithful and sensible slave whom his master put in charge of his household to give them their food at the proper time? Blessed is that slave whom his master finds so doing when he comes." (Matthew 24:44-46) If you are a believer, you have the responsibility of looking for His return. If it were not very, very important, Jesus would not have said so.