Don't Give Me Your Opinion - Show Me Your Passion! 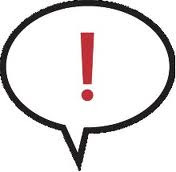 That's a nifty title right?  I hope it got your attention.  If you want to make an impact on my life, I don't need your opinion - I need to see your passion!  Opinion is a mind-set that can change with the latest influential factors in your life.  People can change their opinion as often as the weather changes.  But passion is different.  Passion comes from within.  It is a motivating force that comes from the inside out.  Opinions don't necessarily change things...they just change.  But passion influences, changes, and impacts people, places, and things!

Passion is like fire.  It burns and warms.  It is like the fire associated with the steam engine.  Water is heated producing steam that pressurizes.  The pressure is then released to drive large engines.  However if the fire goes out the engine stops.  With the driving force removed (fire) the engine lies dormant - even though it has great potential.  Many people are just like that engine.  The fire is either gone out or just isn't there!  They are fueled by opinions instead, and don't mind offering their opinion to fuel others in their state!  I'm not trying to be cruel, but the truth is we need to demonstrate passion to a world that really, really needs it.

As followers of Jesus Christ, the Book says we are to impact the world with His love.  The love of Jesus is life-changing.  When we receive His love into our lives we are changed forever!  His love is powerful enough to light a fire within that not only changes me, but those I come in contact with.  For example, when Jesus is coming back is very important.  But if you and I demonstrate no passion for Jesus; if we are not passionate about the people He died for, our opinion of when we think He will come is irrelevant - and has absolutely no influence on people who are not following after Him.  I need to "be" His church everywhere I go.  However, if I have no passion for Him my opinion is just another opinion...with no impact!

I think we've had enough opinions, that's just my opinion.  You don't need my opinion.  Opinions are a dime a dozen, not because their not important, but because so many opinions are not rooted in true passion!  I need to experience people that are passionate first about their God, then about their spouses, families, churches, jobs, etc.  If you show me your passion I'll probably be asking your opinion!  What about it?
By Steve Hutto No comments:
Email ThisBlogThis!Share to TwitterShare to FacebookShare to Pinterest

When An Attraction Becomes A Distraction

Life is filled with many, many attractions.  If you are a Christian your call in life is to serve God and fulfill His ordained plan for your life.  When you do, you are the most effective you could ever be...for Him.  But as you know, following hard after Him leads you down a path that is diametrically opposed to the path of the world you live in.  To live fully for Christ is to live in opposition to the ways of the world.  To wholly serve Him is to live "Counter-culturally".  This can be difficult at times, but that is what makes you effective!  If the enemy can distract you with a world full of attractions, he can render you ineffective in serving God.  That's exactly what satan attempted to do to Jesus when He was in the wilderness.  (See Matthew Chapter 4)  They way he attempted to distract Jesus was by offering Him the power and affluence of this world.  However, Jesus rendered the enemy ineffective by overcoming each potential distraction with the Word of God.  Jesus refused to be distracted by this world's attractions personally offered to Him by satan.
Dictionary.com says the word "attractive" means:  providing pleasure or delight, especially in appearance or manner; pleasing; charming; alluring; arousing interest or engaging one's thought, consideration, etc.  To me the image of someone sitting in a boat on a Spring day fishing (whether the fish are biting or not) is an attraction to me.  Man!  You and I can be attracted by almost anything if it is presented in a palatable way.  (Like a big slice of New York  cheese cake.)  We can be attracted by anything or anyone who is, well...attractive.  We must guard our eyes, ears, and most of all our hearts and not allow those attractions to become distractions.   Why?  Because they lead to distraction from our one focus...God.  To be distracted means:  having the attention diverted; rendered incapable of behaving, reacting, etc., in a normal manner.  I love to fish.  I could fish all the time!  But I don't.  Because it would divert my attention from my one focus...God.
Attractions come in many shapes, forms, and fashions:  people, places, things, hobbies, jobs, ministries, etc.  My prayer for you is that whatever attractions may be a little too "attractive" to you will not be allowed to become distractions.  And if they have, that you will have the Godly strength and judgment to see that they are diverting your full attention from God.  And that with His help you will put these things in their proper perspective so you can be most effective in serving our God.  I am no expert.  But like you, I live life and experience many of the same struggles you do.  One thing I do know; that our God is stronger than any attraction or distraction!  By taking refuge in Him you find the strength to focus your attention on Him!
By Steve Hutto No comments:
Email ThisBlogThis!Share to TwitterShare to FacebookShare to Pinterest

It's A Small World After All!

If you are reading this post you are involved in the Social Media.  Millions of folks around the globe are involved regularly in some form of Social Media.  What is Social Media?  Wikipedia says Social Media is..."the use of web-based and mobile technologies to turn communication into interactive dialogue."  This is probably the most basic definition and the most explanatory.  The Social Media uses the internet and mobile phone technologies.  If you use Face Book, My Space, Twitter, blogging, e-mail, Google Buzz, Skype, messaging, texting, (and more), you are involved in Social Media.
How powerful is Social Media?  Recently people have committed suicide because of personal information revealed about them on Social Media.  Bullying has affected many lives through  Social Media.  Social Media may have been integral to the Arab revolutions and revolts this year.  Literally any type of information is available through the Social Media.  Threats to our nation's security are increasing because of the influence and power of Social Media.
Those are just a few of the negative influences of Social Media.  What about it's positive influences?  Large numbers of people can be reached through Social Media...and very quickly.  Distance has no effect on us through Social Media.  I have friends on the other side of the world I can communicate with at any time.  I'm not just talking about e-mail.  I'm talking about carrying on a real-time dialogue...with people anywhere in the world...face to face!  It's a small world after all because of the Social Media.  If I come upon a beautiful sunset, I can share it with you in just seconds on your smart phone (no matter which part of the world you live in) through Social Media.
Social Media can be a waste of time if we are not careful.  We can be addicted to the "Social" aspect of it.  We are created to be social.  We are created to interact with other humans: those in the room with us or those on the other side of the planet.  We are social beings by nature.  This can cause us to become addicted!  Not only do we want to know what everyone is doing (at the moment), but we want everyone else to know what we are doing (at the moment).  "                    just checked in at the bathroom and is sitting on the                   "  Well you know what I mean.  This is not evil.  But it can consume too much of the time we need to be constructive with our lives.
To me the greatest influence of Social Media is its power to share the Gospel of Jesus.  Not only the Gospel, but the Word of God completely.  Social Media can be a vehicle to "encourage one another day after day as it is still called today" as the writer of Hebrews penned.  To me technology is not evil.  It can be very positive and very effective in changing lives.  Social Media can be very worldly like the TV media and Hollywood.  But it can be very Godly as it proclaims the message of the Word of God around the globe.  I for one thank God for Social Media because of the tools it presents to change the lives of people.  I see it as a very, very powerful force in these last days to reach the world for Christ, and to help to train up those who already know Him.  And yes, thank God it IS a small world after all!  Let's take advantage of it.
By Steve Hutto No comments:
Email ThisBlogThis!Share to TwitterShare to FacebookShare to Pinterest

Can You Hear The Rain?

This past night was interesting.  It's been a long time since it lightninged and thundered all night long!  I was awakened many times throughout the night with either a flash of lightning or a big, long clap of thunder...or both.  And then there is the rain.  It rained all night long.  Not a steady drizzle, but barrage after of barrage!  I'm beginning to understand the meaning of the word "torrent"!
This morning as I've been in the Word, I'm getting a different perspective of it all.  God has a way of showing you stuff...through stuff.  He reminded me that His Spirit is like water.  In one place Jesus said the Spirit is like a well of water, springing up to eternal life.  In other words, a whole bunch of water from a well that never, ever runs dry.  In another place He compared the Spirit to a river of living water flowing out of our innermost being.  Did you catch that...a river.  Rivers contain a lot of water...like all the rain that fell last night...and is still falling this morning.  He used all the rain (that I'm still hearing falling) to remind me that He wants to pour out His Spirit in these last days like that on all flesh.  Yes, He did that at Pentecost, but He wants to do it in the form of a great revival in these last days.  Not just an outbreak of a sprinkle in one region...but a torrent on those who hunger for Him anywhere on the planet.  Never before has the world been darker.  And never before has the potential for a great, last days revival been greater.
To me (and I pray to you) this barrage of moisture from above in much of the country of late, is a sign that it's coming.  But we must be hungry for Him.  We must be hungry to serve Him and others.  We must be driven by a desire to please Him in all!  Take a moment, if you live in the South, Southeast, and Northeast.  Listen to the outpouring of the rain.  Let Him speak to you what He spoke to me:  listen...and get ready!  It's coming!
By Steve Hutto No comments:
Email ThisBlogThis!Share to TwitterShare to FacebookShare to Pinterest
Newer Posts Older Posts Home
Subscribe to: Posts (Atom)