Are You In "Mere Men" Status? 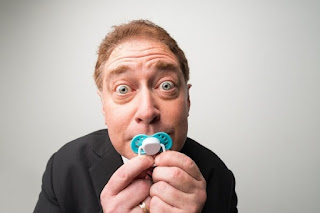 "Now I exhort you, brethren, by the name of our Lord Jesus Christ, that you all agree and that there be no divisions among you, but that you be made complete in the same mind and in the same judgment." (1 Corinthians 1:10)

Is it even possible for we believers to be in agreement, have no divisions among ourselves, and be made complete in the same mind and judgment? Well, just by observation of today's church you wouldn't think so! But Paul says it is possible. It's Scripture! Paul has been informed that people of the church are quarreling over who to follow. Some are saying, "I follow Paul." Others are saying, "Well, I follow Apollos." It's no different today. "I follow this nationally known preacher." "I'm of the Baptist camp." Others say, "I'm Church of God." It's funny how I hardly ever hear someone say, "I am a follower of Jesus Christ." Or, "I'm a Christian"! I once heard someone say, "I'm a Baptist, not a Christian"!

Paul was determined to set the folks at Corinth straight. His point is that Jesus is our salvation, no one else. There are those who can preach Jesus well, but we shouldn't follow them, we should follow Jesus. Even as we obey the Great Commission and make disciples of the nations, the disciples we make should be followers of Jesus, not of ourselves. Some Pastors, Preachers, and Teachers are intent on gathering followers for themselves, or for their church/denomination. On the other hand, I'm grateful for those who not only lead folks to Jesus as they follow Him, but lead those to follow Jesus, not themselves. This is effective, kingdom leadership! We need more of it.

Here is the problem with gathering people to build our own kingdoms. It produces extremely immature sheep! This was Paul's point. That's the problem with too many of our churches: a lack of growth to maturity. Listen to how he put this. "And I, brethren, could not speak to you as to spiritual men, but as to men of flesh, as to infants in Christ. I gave you milk to drink, not solid food; for you were not yet able to receive it. Indeed, even now you are not yet able, for you are still fleshly. For since there is jealousy and strife among you, are you not fleshly, and are you not walking like mere men? For when one says, "I am of Paul," and another, "I am of Apollos," are you not mere men?  What then is Apollos? And what is Paul? Servants through whom you believed, even as the Lord gave opportunity to each one. I planted, Apollos watered, but God was causing the growth. So then neither the one who plants nor the one who waters is anything, but God who causes the growth." (1 Corinthians 3:1-7) (Underlines added by me.)

Division in the church (this kind by following men, not Jesus) makes us "mere men" according to Paul. Mere men don't change the world. They make up numbers. They can raise finances, but they don't change the world, by changing lives. In the case above, Paul couldn't even speak spiritual things to them because they were walking as "mere men". Paul understood that this kind of division would prevent believers in the church from growing to maturity in Christ. He had the solution. "Be imitators (followers) of me, just as I also am of Christ." (1 Corinthians 1:11) There it is! Follow me as I follow Jesus. Watch me, and you'll see how to follow Christ. But the attitude of many is "Watch me! You'll see I talented I am. You'll see how great I can preach."

You may have your preferences, and that's OK. But if you're exalting your preferences over Jesus Christ, you're heading for "mere men" status. A church filled with "mere men" makes up a powerless church. It may be large, medium, or small; but it will also be powerless. It may be impressive, but still...powerless. However, a church filled with folks who are committed to following Jesus as the leadership follows Jesus, is a powerful church made up of "spiritual men". Of course, that includes women, boys, and girls too.

Paul made a very interesting statement: "God who causes the growth." (See above.) Do we get that? God causes the growth, not man. When you and I are intent on following Jesus, not a man or men, or a church or a ministry, God will cause us to grow. But in order for us to be successful at following Jesus, we need help from folks, churches, and ministries who encourage us to follow them...but only as they follow Jesus. This again, is true, Biblical, and effective leadership. Man can be impressive and draw people by their impressive talents. But man alone cannot cause growth in the body of Christ.

My heart for my children has always been that they see and pursue Jesus, because they see Connie and me pursuing Him. Some parents wonder why their children turn away from following Jesus. In more than a few cases it's because the children have heard one thing, and seen another growing up. Nothing blesses my heart more than to see my children loving, following, and serving Jesus, because they learned by example, not by lecture alone. That should also be the heart of any Pastor, church, or ministry. Those who understand and practice this are producing maturing followers of Christ through whom God is using to impact folks in powerful ways.