Right Before Our Very Eyes 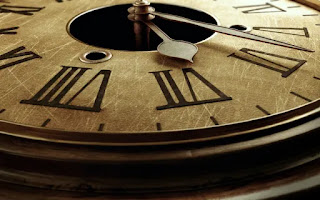 With all that is happening in the world, it's pretty easy to see Bible prophecy unfolding right before our very eyes. It's very difficult not to see that we are well into the end times, and that Jesus' coming is very near. Whether He comes on my watch or not, there is no denying that we are clearly witnessing what the Bible says will happen as His coming draws very near.

The fact that Jesus might not come in my lifetime is not an excuse for me to pull back and cruise through this life, living according to my on personal agenda rather than God's. On the other hand, He could very well come in my lifetime. That's how close we are. The truth is, if you can see the signs of the times, you also see that He is near. The signs (Bible prophecy coming to pass) should convince anyone in their right mind that Jesus is real, and is very near. And, whether at His coming, or our meeting Him when we leave this life, we should always live for that day. We should live to be ready!

Bible prophecy unfolding before my very eyes gives me a peace that transcends understanding. Why? Because it is proof that God is not a liar; that He speaks the truth. It confirms that even though heaven and earth will pass away, what God said will stand. Being true to His Word makes God trustworthy. He avails to you and me many precious and powerful promises in His Word that He will bring to pass, if we simply believe what He says is true. "God is not a man, that He should lie, Nor a son of man, that He should repent; Has He said, and will He not do it? Or has He spoken, and will He not make it good?" (Numbers 23:19)

Unfortunately many Christians can't discern the signs of the times because they don't know and stand solidly on His Word. They are living more for the world than for Jesus. I'm not trying to sound harsh in saying that. But if you are living for the world, that's the way your life goes; according to the world! The things that happen in the world affect your life, more that what God says about your life. You are moved by those things, but not by God's Word, because you don't know His Word. You think within, "The world has been bad before, and it's no different in our current times." Yes, the world has been bad since the moment the serpent deceived Adam and Eve. However, one who is living for Jesus every day will recognize those events that the Word of God specifically says will take place as we draw nearer to Jesus' return. They will be seen to them as Bible prophecy being fulfilled before our very eyes!

The first coming of Jesus was prophesied for thousands of years, but His own people didn't recognize the time of His coming. "He came to His own, and those who were His own did not receive Him." (John 1:11) God had raised up and sent John the Baptist to prepare the way for His coming. How did he do that? By preaching the Gospel of Jesus. "The Law and the Prophets were proclaimed until John; since that time the gospel of the kingdom of God has been preached......." (John 16:16) Sadly, the religious rejected John the Baptist's message. But many who were considered outcasts from the religious society of the day did receive John's message. And most of those who received John's message received Jesus. "But as many as received Him (Jesus), to them He gave the right to become children of God, even to those who believe in His name..." (John 1:12)

It's not much different today concerning Jesus' return. The only difference is that the church has been established to be the body of Jesus in the earth. And the main responsibility of the church is to propagate the Gospel of Jesus, and make ready a people who are living for Jesus, and looking for His return. As followers of Jesus, they live by the Word of God which clearly describes what to look for as His coming draws closer and closer with each tick of the clock.

I don't claim to be an expert in Eschatology. But I do study the Word. Do you? If God said certain things would begin to take place toward the end, we should be able to recognize these events being played out - right before our very eyes. What has taken literally thousands of years to prophecy concerning Jesus' return will consummate in an extremely short period of time. If you are basing your perceived timeline of Jesus' return on the timing of events of the past, you may be surprised. Things are escalating on a pace much faster than ever before. And things will continue to escalate even more rapidly in the days ahead. Hence, my point in this post. Know what the Word says, specifically about the things that will happen as His return quickly draws closer. We are most definitely in the last days. Matthew 24 describes the events that must take place before the great tribulation. Those things are already happening - now. Don't think you will be snatched out of here at some point just because you made a mental ascent to a 20 second prayer. That prayer should be (or have been) a life-commitment to serve and follow Jesus all the days of your life. Included in our commitment to Him should be our preparation for and our expectation of His return. Be on the alert my friends. Look at the signs of the current times and observe. Be ready. Know Jesus. Know His Word. Expect His return very soon, and live accordingly.