Arguing On Social Media Is NOT Healthy Communication! 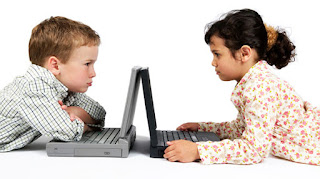 You know, it would really be nice if folks would consider developing a vision to employ social media as a platform for healthy communication. Can you imagine what good could be done? For some reason many people feel they must express their personal opinion with the rest of the world, which is not bad in itself. It becomes bad however, when we feel the need to correct those we disagree with politically, ideologically, socially, and spiritually on social media for all to see. It gets even worse when we openly criticize those we disagree with on social media!

This may be totally foreign to some folks, but actually it would be beneficial for you and me if we would hold our peace until we've heard someone else's opinion. Question: Do we actually have to promote our disagreement on social media? Answer: No we do not! Do you realize that listening (without a rebuttal) to a differing opinion, does not mean you are conceding your personal view (in defeat) to someone else? It's just extending the courtesy of listening. We can actually learn stuff by listening to others we may disagree with. No one is forcing you to abandon your position. The truth is though, you will never change someone else's opinion by forcing yours on them. Actually the gap becomes wider when we refuse to listen. If your inclination is to win a debate with your opinion, you have a very closed mind.

No one desires to "look bad" in front of hundreds of followers. But please remember, if someone disagrees with you, or brings up a point you didn't bring up, you don't have to defend your honor by rebutting what they said. Simply thank them for their input, don't fuel an argument, and move on. It's that simple! When all has been said and done, you won't look as, let's just say unattractive as you would have, had you forced a debate!

It took me awhile, but I finally learned that debating on social media with those who are engrossed in an opinion never ever accomplishes anything. Why? Because I was engrossed in my own opinion. And let me say right here that it is extremely inappropriate for folks who are followers of Jesus to engage their belief in a heated debate on social media. It is not condemnation and judgment that leads unbelievers to repentance, it is the kindness of God, the Bible says. Kindness always wins over judgment and condemnation. What I just said is for ALL and EVERY person who claims they are a Christian.

I made the decision long ago that I will not debate or argue on social media. Have I ever? Of course. Did I actually accomplish anything? No. That's why I don't do that anymore. I love to encourage folks, not discourage them by forcing my opinion on them. I fully believe in the principles of life outlined in God's Holy Word, and I love to share them. Do I always get full agreement? No. But if someone chooses to disagree with me, and call me out on it, I just move on, and keep propagating God's Word. If there is to be discussion, it would be one-on-one, face to face, or phone to phone, but NOT on social media.

You may post something that I disagree with. But I won't slap you on the head with the Bible. And I won't engage you in a theological debate on social media for the rest of the world (including unbelievers) to see. I will probably post something on social media that you disagree with. You would be completely free, and it would be completely appropriate for you to post your disagreement. I would definitely examine your post. But most likely you wouldn't get a rebuttal from me because I will not fuel and propagate an argument - especially between Christians. But I will continue to share the Word of God, the Gospel of Jesus.

Let's get in agreement on something right now. Let's agree that we will do our part to make social media a platform for healthy communication; communication that encourages. Let's also agree that when we feel we need to debate - we won't! As followers of Jesus (those who actually follow Jesus Christ) let's live to encourage people with His Words and His love. That's what He did among those who were spiritually hungry to receive what He came to give...salvation.