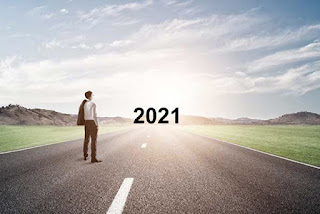 I have been hearing God speak a lot lately concerning 2020 and 2021. 2020 has been a year of refocusing our vision of Jesus. The best visual acuity for our eyes is 20/20 vision. Some folks need corrective lenses to achieve 20/20 vision. But it is possible and should be the goal of all of us. Visual acuity is about clarity, and 20/20 vision is the tightest, clearest focus, so to speak. God has been shaking the world in the year 2020 in order for first His church to tighten it's focus on Jesus. My question to you is, are you seeing this...clearly? Can you sense that God is doing this? If not, seek Him until He gives you 2020 spiritual visual acuity to focus most keenly on Jesus.

2020 is the year in which God is shaking the entire world. There are a few reasons why God is doing this. As I've already said, He is prompting the church to refocus. But God is also shaking our nation (and the world) in order to uncover and expose. He has employed His method of shaking through a world-wide pandemic, and an election in the U.S., the results of which will affect the entire world.

As we move into and through 2021, we will see the Spirit of God uncover, expose, and reveal much evil in government and media. Those controlled by this evil will become more blatant concerning what God reveals, knowing it can no longer be hidden. It is quite obvious this has begun in 2020. There were people in power that could've confronted the evil and corruption revealed but didn't. But as we move  into and through the year 2021, God will continue to "uncover and expose" men and women who will not only acknowledge the exposed evil, but they will have the courage and the backbone to confront it. Only those who are touched by and/or led by the Holy Spirit will have the spiritual strengthen to confront and overcome. These folks will not be tainted and infected by the mindset of an establishment. Instead, they will be compelled by the moral characteristics of righteousness and justice. They will be led by God's Spirit, and some won't even know it...yet!

Many believers in Jesus, in the year 2020 have returned to powerful intercessory prayer in behalf of the church, our nation, and the world. God will not, God cannot ignore the fervent prayers of those who are His. The challenges of 2020 have brought this about. And there will be extreme challenges ahead. But the obedience of the multitudes to seek the face of God until He rains righteousness on our land will cause the challenges to be obliterated. It will be that in the challenges the overwhelming power of God will be demonstrated in and through His people! The word "normal" as we have known it may never be known in the same way again.

God intends to move mightily in our land, not to move us back to the way we were; but to move us ahead, out of mediocrity and status quo, into His powerful will for the latest of the last days. God would never be satisfied to end things as they are at this exact moment. He desires a mighty end-time harvest to bring myriads of souls into His kingdom before He returns. But understand, from here on out, things will elevate. Events will rapidly accelerate as God moves all the pieces of His plan for Jesus' return into place.

Are you ready to be a part of God's greatest move? Are you excited to be alive on planet earth during the end-times? I pray you are. Because things will pick up quickly. God will move mightily. Many will argue over whether He is near or not, splitting theological hairs. But as folks argue and debate, the reality of His return rapidly draws closer. Don't be caught in a debate and be left behind, unprepared. Instead look up! Look up continually, for His redemption draws near. "But when these things begin to take place, straighten up and lift up your heads, because your redemption is drawing near." (Luke 21:28)
By Steve Hutto
Email ThisBlogThis!Share to TwitterShare to FacebookShare to Pinterest