Where Are The Believers With Courage? 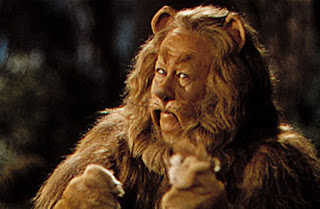 Remember the cowardly lion from the Wizard of Oz? He lacked courage. At least he knew that he needed courage, and eventually got it. So from the application of the word "cowardly" here we can see that its exact opposite is the word "courageous".

Cowardly means weakly or basely fearful in the presence of danger. It also refers to a lack of courage or self-confidence. On the other hand the word Courageous means exactly the opposite. Courageous means: Possessing or characterized by courage. Courage (from which we get courageous) is the quality of mind or spirit that enables one to face difficulty, danger, pain, etc., without fear. One who has courage, and therefore courageous, is one who is brave.

Today we live in a world that honors those who stand up against righteousness. Today's world considers brave anyone who stands for their personal convictions, especially if they stand for what God considers sin. And in a perverted sense, they are brave to boldly stand against God and His Word. "Woe to those who call evil good, and good evil; Who substitute darkness for light and light for darkness; Who substitute bitter for sweet and sweet for bitter!" (Isaiah 5: 20)

One of the greatest demonstrations of courage in the Bible came from David, the shepherd boy. He stood up to the 9-foot giant Goliath, and soundly defeated him. There was no contest. God was with David. There was a reason God was with David; David had courage. Courage for the believer recognizes and applies the power of God in all circumstances. David prevailed because he knew God and His power. This is courage. When you don't know God well enough to know His power and provision, you will lack the courage to face your giants.

How else can we know David had courage? By listening to his conversation. David was sent by his father to bring supplies to his brothers on the battle-front. As he arrived he heard Goliath taunting Israel and her armies. Every single soldier (including King Saul) was paralyzed by fear of this overgrown Philistine. They simply didn't know what to do. As David heard his taunting, it didn't scare him, it really, really rubbed him the wrong way. He said, "For who is this uncircumcised Philistine, that he should taunt the armies of the living God?" (1 Samuel 17: 26b) There was absolutely no fear in David's voice, nor his comments. "Who does this dude think he is? He's messing with the armies of the Living God!" (Steve's paraphrase.)

Let me tell you what the church today needs more of. Courage! Folks who claim to have sold out to Jesus need to stand up against the evils of our day. The church as a whole has become powerless to stand against these evils. The lack of courage produces the lack of power. It's much easier to blend in and not make waves. It's easier to avoid the blackball. But the problem is evil keeps advancing, because fear has paralyzed the righteous. We must stop this! It's time for you to stand up my friend...stand up for what the Bible (not society) says is right. It's time to stand against the screaming, but shallow threats of the enemy. You don't have to be paralyzed. You don't have to be powerless. The decision is yours. Paul asked a rhetorical question that everyone knows the answer to: "If God is for us, who is against us?" (Romans 8: 31)

If you are irritated by the lies and the boastful claims of the enemy, God is doing something in your heart. He's calling you to take a stand, regardless of the opposition. Like David, get to know Jesus to the point you know His power in and through you. Commit to live for Him, and do whatever He calls on you to do. God moves mightily through such people!