Does Failing Make You A Failure? 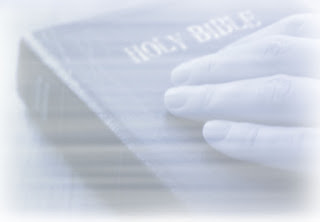 I have learned over the years to live my entire life based on God's Word, the Bible. The Holy Bible is without a doubt the genuine blueprint for living life on planet earth and beyond. I've learned so much from God's Word. As His Word has been uncovered to me, one nugget at a time, I have also discovered who I am. Only through, by, and in Christ can this happen.

It is only by the grace of God, revealed to me in His Word and by His Spirit, that I am confident of my position before Him. In Him I am a new creation. In Christ Jesus I am in right-standing with the God of the universe! What does this mean? Among several things, the one thing I want to point out today is that I am not a failure. I may fail (as we all do) but that does not make me a failure. You see, a clear understanding of His grace reveals that whatever happens to us, whatever we experience (good and bad) He causes it all to work together for our good. (See Romans 8:28) This sounds great. But having lived it is even better.

My purpose for this post is to address failure. Does failing make one a failure? Right off let me say "No! Failing does not make you or me a failure!"

My favorite example from God's Word is that of Peter. Peter was that rough, gruff fisherman Jesus called to be one of the leaders of His 12 disciples. Peter, along with the other 11, walked with Jesus for more than 3 years. Jesus poured the riches of the kingdom into Peter. Peter himself emphatically proclaimed "Even if I have to die with you Jesus, I will not deny You!" However, shortly after Jesus was arrested on the night before His crucifixion, he denied Jesus 3 times. You have to understand how serious this was. He denied that he even knew Jesus before a rather large crowd. Jesus heard this denial. When Peter realized that He had denied even knowing the One he loved the most, he went out and wept bitterly.

This wasn't a quick, little "Boo Hoo!" The original language says he went out and "wailed loudly and violently". Peter was truly remorseful. He was shattered. How could he have allowed himself to do such a terrible thing. Peter had failed miserably!
The Scripture tells us Jesus knew this would happen, because He prophesied it to Peter and the disciples. Jesus also told Peter to strengthen his brothers when he had turned back to Jesus. Please understand, Jesus knew Peter would fail, yet His plans were for Peter to encourage his brothers...after this epic failure! Peter not only strengthened the brothers, but went on to become a powerful pillar in the early church! Peter failed miserably...but that did not make him a failure. You could say that even though Peter would fail miserably (and Jesus knew it), His plans for Peter were incredible! When we read and study Peter, all he accomplished, and all he wrote in the Bible, it is quite evident Peter was NOT a failure! Peter could have given up, but he didn't.
Have you failed? I have. But listen to me carefully...you are not a failure. I am not a failure. Know why? Because you and I are created (in Jesus Christ) for good works. Yes, you may fail again, but you are not a failure. Jesus knows you will fail again. But He also has incredible plans for you, after you fail! This my friend is the grace of God. Just don't give up. Don't quit. Everybody fails, but in and by Christ we are not failures. No one who is the righteousness of Almighty God is a failure. Believe this! Stop thinking otherwise. God's Word is truth!
I love the Scripture Philippians 4:13, "I can do all things through Christ who gives me strength."  In Christ you are forgiven. But that's not all, in Him your are His creation. He does not create failures! So even though you have failed, you are not  failure. Press on my friend. You are the righteousness of God....in Christ Jesus!
By Steve Hutto No comments:
Email ThisBlogThis!Share to TwitterShare to FacebookShare to Pinterest

What Can I say? It's Life-Changing! 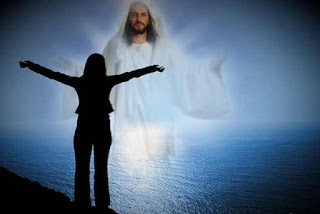 One of the highlights of my day comes at the beginning of my day. I love to rise early, spend time in the presence of our loving Jesus, and feed upon His powerful Word. What can I say? I'm addicted! Somehow it is not rote. It is not duty. This time with Him is something I need. As much as I am refreshed, strengthened, and energized, I simply must have my time with Jesus.
The time I spend with Jesus is not timed. Some days I spend more time with Him than others. I simply must be with Him! This has given to me over the years a constant awareness of His presence...no matter where I am, what I am doing, or what time of day it is!
I can say with much confidence that regular time with Him is a good thing. It is life-changing. It is life sustaining. When the storms come...He is still there. When I don't feel well...He is there. And because He is there, I can do all things through Him who gives me strength!
I can only imagine what heaven will be like. (No play on song lyrics here.) But I do know that we will be with Him forever! If hanging out with Him here is so life-changing, imagine what it will be like then! I love the fact that we can have just an incredible (life-changing) taste of heaven now!
Fortunately there is nothing complicated about being in His presence. It is quite simple. Just focus on Him. Create an environment in which it's just Jesus and you. I use the vehicle of anointed praise and worship music to help. "Anointed" simply means it has God's touch upon it. Somehow it has a supernatural edge. That's what makes the difference. And it takes time. But don't set your timer. Just make the effort (and time) to be with Him. As we focus on Him, the reality of His "bigness" comes into proper perspective as everything else around us seems to fade.
I just noticed I have used the term "life-changing" more than once. Guess that's the theme of this post. I like that...life-changing!
If you want your life changed, spend time in the His presence. Don't you do all the talking. Again, simply focus on Him. Let His presence do the talking! What can I say? It's life-changing!