Please! Allow Me To Rant! 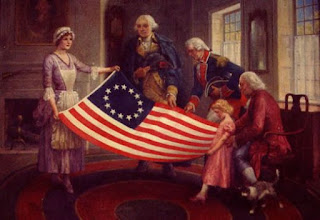 I usually don't rant about too much through my blog, but I think I will today. Please understand my heart in what I am about to write. I'm not posting this to provoke a debate. There are enough of them on social media as it is.

I am a born again Christian. My life was changed back in 1978 as I cried out to Him in the midst of a personal crisis. He heard and answered my cry! As a result, my life is His, no longer mine. He changed my life. I would never, ever want to go back to my old ways again. Knowing and serving Him is just too good to throw away. If you know anything at all about me; or if you read my blog at all, you definitely know where I stand on this.

I also want to say that I am an American. Being an American doesn't make me a Christian. However, as a born again Christian American, I've studied the roots of our nation; roots that are planted deeply in the God of this universe. Modern day History books don't tell the true story of how our nation was founded. But the truth can be found in writings such as "The Light And The Glory" (authored by Peter Marshall and David Manuel).

But this is not a history lesson. It's a rant. Remember? America over the years has drifted away from the God who established her and upheld her over the years. We've said over the years "God bless America!" because He had blessed us. But now we need to be shouting from the rooftops, "America, bless God!" To serve and acknowledge Him is to bless Him. We've fallen way short of this over the past 50 years.

We kicked Him out of our public schools in the early sixties. For decades we've murdered the unborn. Don't you ever forget, the God who "gives" life cannot bless the process of "taking" innocent life. Because we've buried our heads in the sand, thinking it would go away, the consequences of murdering the unborn have overtaken our nation. And just recently the high court of our land decided to redefine the meaning of the marriage institution which, let me add, was established by God. Please, don't be a fool, thinking mere man can override anything God Almighty has established.

If I conducted extensive research on the current administration in Washington, I don't believe I could find a single thing about it I could defend. There's just nothing there. But here me out! Stop blaming our President! Stop blaming Washington! America is at fault...not just our leaders! We are the ones who have allowed this to go on, year after year.

What is happening in our land today is a result of a nation (over time) turning its back on the God of all creation. Listen to just a small portion of a passage of Scripture from Romans Chapter One. "And just as they did not see fit to acknowledge God any longer, God gave them over to a depraved mind, to do those things which are not proper..." (Romans 1: 28) This means God let them have their perverted way. If this is what we choose, so be it! However, He will not (and cannot) pour out blessings on the one (or nation) which has chosen to go its own way.

My mind is baffled at the lack of perception of the American people (including much of His church). Not many seem to perceive the trouble our nation is in. Much of this is caused by greed. Greed runs rampant from Washington through the corporate realm down to the grassroots level. Greed feeds the present, but blinds one of the inevitable consequences. Sooner or later the wage of greed arrives undoing the one caught in it.

Another cause of the blindness in America is the degradation of morality from one generation to the next. Simply stated, many who know God and who have high morals do not raise up future generations to do the same. As a matter of fact, many folks are so deluded that they want to hide truth and morality from the next generation to insure they fail to walk in it. Greed feeds on the absence of truth and morality.

I could take this rant on a rather long ride. However, I'll head for the exit ramp. But let me say, (at the risk of being labeled a "doomer and gloomer") if things don't change, it soon will be too late. What? Pretty negative. But there is a lot of negative in our land today from Washington on down. Will it naturally evolve into a better state? I don't think so. Ponder the way things are going. What kind of world do you want your children and grandchildren to grow up in? It probably won't change...however, can we change?

There is only One way to reverse the degradation in our land, cry out to Jesus as I did in 1978. Watch things change! It's that simple! God never left. We left Him. Turn back to God. Repent for the sins of our nation. Change the way you live. Live for Him. As you cry out to Him in behalf of our nation, He will enable you to change your life. There is hope. But that hope is slowly slipping away. What will you do. It's not up to Washington. It's not up to the Republicans or the Democrats. It's up to you my friend. Heaven is waiting. God stands ready to bless America again, but we must return to Him! Rant over.