How Do You Rate Yourself? 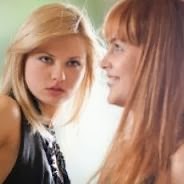 How do you rate yourself? What standard do you use? How effective is your rating system? Do you consider yourself good enough or worthy? In your eyes are you just not good enough? You may be surprised to learn that most folks just don't think they measure up. Many folks aren't pleased with the person they see in the mirror.

Why would a person simply not like themselves and feel they aren't good enough? One extremely big reason is because they compare themselves with others. When you compare yourself with others you are using a flawed standard...humanity. I remember as a young musician, with still a long way to go in the proficiency department, I was very intimidated by other like musicians that were better than me. I learned early on however, that no matter how good you are...there is always someone better. For years I would plunge myself into discouragement because of comparing myself to others who were definitely better than me. At times I would be paralyzed with intimidation. Intimidation that was manufactured by my own system of comparison.

Television, Hollywood, and the internet today pump out images of the perfect body, the perfect face, the perfect person, the perfect family, the perfect life. People actually believe this is real life. And when their bodies, faces, families, and lives don't measure up to the "image", they feel unworthy or second rate. The fact that Jesus came makes you worthy and definitely not second rate.

You shouldn't rate yourself by worldly standards. The truth is though, we all must rate ourselves. How do we do it? By the standard of God's Word. Understand that God's Word is eternal. It is forever settled in heaven. (See Psalm 119:89) God's Word is the standard by which we rate ourselves. If you search God's Word you will find He says some wonderful things about you and me. Things that are not dependent on a fleeting image, but hold up throughout eternity! According to God's Word...you are pretty special. And that will never change!

According to God's Word you are good enough. How is that so? By trusting in His Son, Jesus. Jesus came and died in your place and mine. When He came, He took away the shame you struggle with from comparing yourself with others. So....what He says about you transcends what the world says about you. It's that simple.

One final thing about rating yourself against the images of what the world says you are to be. It can also make you prideful. How? Well...if a person becomes deluded into thinking he or she measures up to the images of the world pride is there. And a crash and burn is not too far away! The Bible says pride precedes a fall.

Every day the small wooden people called Wemmicks do the same thing: stick either gold stars or gray dots on one another. The pretty ones with smooth wood and fine paint, as well as the talented ones, always get stars. But the ones like Punchinello who aren't as talented, or have chipped paint, get ugly gray dots.
In this heartwarming children's tale from bestselling author Max Lucado, Eli the woodcarver helps Punchinello understand how special he is--no matter what other Wemmicks may think. It's a vital message for children everywhere: Regardless of how the world evaluates them, God cherishes each of them, just as they are. This delightfully illustrated tale originally appeared in one of the chapters in the award-winning children's bestseller Tell Me the Secrets. To commemorate the ten-year anniversary of You Are Special, this limited edition includes a CD with Max Lucado reading the story, along with music played by Phil Keaggy. Recommended for ages 4 and up.
By Steve Hutto
Email ThisBlogThis!Share to TwitterShare to FacebookShare to Pinterest