Jesus Can Heal Your Marriage! 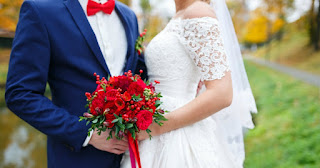 Soon after making this post Connie and I will celebrate 48 years of marriage. We've been serving Jesus for about 43 years of our marriage. Our marriage blew up at the 4 and a half year mark. It was then that I cried out to Jesus. He answered my cry as I surrendered my entire life to Him. Connie accepted Jesus about 14 months later. But Jesus went to work to heal and restore our marriage the moment I surrendered everything to Him. Let me say as I begin this post...Jesus Can Heal Your Marriage! He did it for me. He will do it for you!

Jesus said, “For the Son of Man has come to seek and to save that which was lost.” (Luke 19:10) Jesus made this powerful statement just after He had announced He was going to visit the home of the “wee little man” Zacchaeus. Zacchaeus had heard about Jesus and was eager to encounter him. But why? The truth is, Zacchaeus was a rich man and lacked nothing. In fact, as a tax-collector, and a chief one at that, he had become rich by defrauding folks who owed the Roman government taxes. He had Roman centurions as bodyguards to protect him as he raided homes to collect overdue taxes. Since he was a chief tax-collector, he had tax collectors collaborating with him who were at his command. Tax collectors were rich because they collected more than the people owed, and for that reason they were hated by their own people, the Jews.

So why was Zacchaeus so eager to encounter Jesus? Because Jesus had become well-known for restoring lives. Zacchaeus was living a life of rejection and guilt for all the fraud he had been committing against his own people. Even though he had become wealthy, he was sick and tired of living in total shame. When he heard Jesus was about to pass by, he desperately wanted to see Him. The Bible says he was a very small man, so he climbed up into a Sycamore tree in order to get a glimpse of the man who restored lives, as He was passing by. You know the story. Jesus stopped, looked up into that Sycamore tree and declared, "Zacchaeus, hurry and come down, for today I must stay at your house.”  (Luke 19:5) Zacchaeus scurried down that tree and received Jesus gladly. I did mention he was a crook didn’t I? The religious folks standing around were grumbling about Jesus going to the home of a man who was a sinner. Imagine that!

The fact that Jesus gave Zacchaeus His undivided, compassionate attention touched his heart. He proclaimed in the presence of the crowd, “Behold, Lord, half of my possessions I will give to the poor, and if I have defrauded anyone of anything, I will give back four times as much." (Luke 19:8) Wow! A crooked tax-collector saying, “If I have defrauded anyone!” Zacchaeus meant it however, because Jesus was restoring his heart, and his life to that of being a son of Abraham! Jesus said, “Today salvation has come to this house, because he, too, is a son of Abraham. For the Son of Man has come to seek and to save that which was lost." (Luke 19:9-10)

Zacchaeus wasn’t eternally saved that day because Jesus had not yet offered Himself as the sacrifice for the sins of all mankind on the cross. But Zacchaeus was saved that day. The word for saved is from the Greek word sozo. Sozo means: “To save, to deliver, to preserve, to make whole, to heal, to protect”. On this side of the cross, sozo can mean “eternal salvation” as well.

If you look closely at the Bible you will notice something very special about Jesus. When He was physically on the planet, He didn’t save souls. He restored lives. Yes, He came to bear our sins on the cross and make it possible for you and me to be eternally saved. He did that at the end of His life and ministry on earth. But when He was here He made people whole. He freed people from demonic bondage. He worked miracles that affected lives immediately. Listen to what Jesus said at the very beginning of His earthly ministry. “The Spirit of the Lord is upon Me because He anointed me to preach the gospel to the poor. He has sent me to proclaim release to the captives, and recovery of sight to the blind, to set free those who are oppressed, 19 to proclaim the favorable year of the Lord.” (Luke 4:18-19) My point is that Jesus came (as He said) to seek out and to save/restore that which was lost. His very life and ministry demonstrated this. Zacchaeus was just one powerful example out of many.

The great news is that Jesus is still restoring lives through His body here in the earth. When the church was established with the outpouring of the Holy Spirit at Pentecost, Jesus continued His ministry through His church. Jesus still continues to seek and to save that which was lost. He still  makes people whole. He still sets captives free and works miracles. He still restores marriages. He did it for me, and He will do it for you! If you are married, it doesn’t matter who you are, what you’ve been through, or where you are right now. Jesus wants to restore your marriage. He wants to preserve your marriage. He wants to bless your marriage. He will do it if you allow Him to. Jesus doesn’t just save souls, He saves marriages!

The moment I totally surrendered my life to Jesus, God went to work healing our marriage. My friend, you must understand that God is the Creator of marriage. Therefore He is the only One who can retore your marriage and make it even better. If you are looking for help in your marriage, don’t take it to manmade institutions. Take it to the One who created marriage. He knows best. When everything fell apart for us, it was finally clear to me I had made a big mess of it all. This is because our lives were nowhere near being surrendered to Jesus. By God’s infinite grace it also became very clear to me that Jesus is the only One who can retore my marriage! And you know what? He did!