Do You Believe In Jesus? No I mean REALLY. 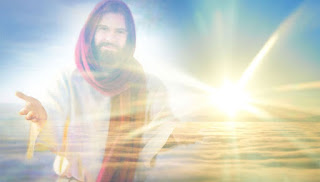 With some of the so-called Christian music artists coming out and saying they are renouncing their faith, or struggling with their belief in Jesus, I had to weigh in on it.

First let me say that I believe some are trying to walk the Christian walk - without truly knowing Jesus. If this is the case, one gets to the point that the desire to live your own way gets so strong to the point, that to satisfy your own selfish whims, you just say you don't believe anymore. I mean if a person wants to commit a sin he or she knows is not permissible as a Christian, it's easy to say, "I just don't believe anymore." The problem is, if that person is in Christian leadership or in an influential Christian entertainment position, you have to step aside or lose your following. But what if they don't step aside? That could be very dangerous for other believers; especially those who are younger in the Lord.

I recently read a blog post by a famous Christian music artist who was saying that Evangelical Christianity is not genuine and does not work for the most part. Here is a short statement from the blog post: "If I don’t believe that Jesus was God incarnate but still hold to his teachings and follow as best as I can the way of life he taught, who are you to say that I can’t call myself a Christian?" (Bold print added by me.) The answer to that questions is, it's not what I say, it's what the Bible says. There is a wave washing in currently that attempts to erode the relevancy of the Bible. This gives a so-called believer an excuse for not standing firmly upon the principles and promises of God's Word.

In response to the question posed by the Christian artist above: The very crux of Christianity is the belief that God was incarnate; that Jesus was conceived by the Holy Spirit in the Virgin Mary, and born as a Human. This made Him literally, the Son of God. Because He was "born of the Spirit", He literally had no sin nature. This qualified Him to be the perfect sacrifice for our sins. When He was offered up on the cross, He bore the sins of the whole world; past, present, and future. Jesus said, "I am the way, the truth, and the life; no one comes to the Father but through me." (John 14:6)

Christianity is all about Jesus. That's not my opinion, it happens to be God's. I choose to believe what God's Word says. Anyone can call themselves Christian. But true Christianity is about knowing and following Jesus. Jesus said, "If anyone wishes to come after me (meaning live like I live), he must deny himself, take up his cross, and follow me." (Matt. 16:24).

I'll admit, there is a lot wrong with "organized religion", and always has been. But I also believe that there is a vicious attack on true Christianity. The spirit of anti-Christ is strong in these last days before the return of Jesus. His ploy is to draw people away from Jesus by delusion. And at the same time, there is a separation happening between those who have called themselves Christians and those who are actually followers or disciples of Jesus Christ.

True Christians are being challenged in these last days to stand on what they believe. Those who are willing to stand will make a tremendous impact simply by the lives they live for Jesus. Those who won't stand, more than likely never believed what they claimed to believe.

The truth is, most of us struggle from time to time. But, if we have a genuine, growing relationship with Jesus, we will mature to the point that we walk by faith through every circumstance. The Bible never said we won't be tested with trials and struggles of various kinds. But it does say we are in a race. The goal of the race is completion. It's not a matter of who crosses the finish line first. It's a matter of finishing!

Everyone has struggled at some point, in their relationship with Jesus. But those are the very points at which we can become stronger in our relationship and faith to believe, simply by applying what we should know of God's Word.

Check your relationship with Him. Are you genuinely born again by the Spirit? I'm not being judgmental. This is something you must be able to rest in. The enemy will always question your salvation experience. That's why we have God's immutable Word to stand on. It's not based on how we may feel tomorrow. It's based on His Word alone.

And finally my Christian friends, it's time to make a stand on whom we believe in; and what we believe in. There has never been a greater need than right now for the true followers of Jesus to stand for Him. Jesus said "If they hate me, they will hate you." But that's not everyone. There are myriads of folks currently waiting for true believers to demonstrate the genuine essence of Jesus' love, no matter what the world and false believers are screaming. They are waiting for you to stand in the midst of this present generation and lead them straight to Jesus. What will you do?