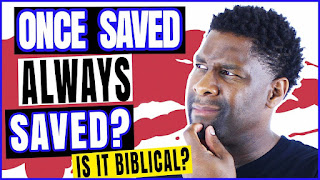 Don't you just love it when believers in Jesus split hairs over things that aren't really that significant? Or on those ask the expert shows, the same questions always keep popping up. Questions like: "Who were the sons of God who went in to the daughters of men in the book of Genesis?" And then there's the subject of "once saved, always saved"! Now this truly is significant. So this is the one I want to address in this post. Be careful though. You might get stirred up if you are committed to one side because of what you've been taught, regardless of what the Bible says! By the way the phrase "Once saved, always saved" is not mentioned, per se, in the Bible. But the concept is very, very clear.

Let me start with some very clear and powerful verses from Romans chapter 6. Romans 6:10 says, "For the death that He died, He died to sin once for all; but the life that He lives, He lives to God." From this it is very clear that Jesus died to sin, one time, for everyone. His sacrifice required Him to die only ONE death. But that one death includes everyone who has ever lived, lives, and will live. After taking the sin of the afore mentioned upon His sinless self...He died to that sin.

Never forget, a dead person cannot sin. Why? Because they are dead. I've never seen a corpse lying in a casket in the funeral home rise up and start telling dirty jokes to the crowd. I've never seen a dead person in the casket sit up and start cursing (cussing if you're from GA). Why? They're dead, and dead folk don't sin. They cannot sin...because they are dead. (Romans 6:7), "...for he who has died is freed from sin." When Jesus died in our place, he died to sin...once...for ALL.

(Romans 6:3), "Or do you not know that all of us who have been baptized into Christ Jesus have been baptized into His death?" This is referring to those who have been saved. When a person becomes born again (saved), they become connected to the death Jesus died for them. In a spiritual sense, they die to sin because Jesus died to sin. However, in the same way Jesus came up out of the grave, they become connected to His resurrection life! (Romans 6:4), "Therefore we have been buried with Him through baptism into death, so that as Christ was raised from the dead through the glory of the Father, so we too might walk in newness of life." How incredible this is!

(Romans 6:8 - 9), "Now if we have died with Christ, we believe that we shall also live with Him, knowing that Christ, having been raised from the dead, is never to die again; death no longer is master over Him." There will never be a need for Jesus to come back to the earth again and die. He died once to sin. He died once for everyone. It was enough for all eternity.

Before Jesus died on the cross, He bore the sin of all humanity. For 3 hours the sky turned black in that region because all the sin of humanity was concentrated on Calvary's hill in that region. The earth even shuddered at all the darkness that was placed on Jesus that day. But at some point Jesus said these words, "It is finished." He had born your sins and my sins long enough. Then He yielded up His Spirit and died. Death and sin didn't overcome Him. He released His own Spirit from His broken and battered body. When Jesus died to sin, we died to sin. When Jesus rose from the tomb 3 days later, we rose with Him. And when Jesus ascended back to the Father, we were seated with Him in the heavenly places!

Your salvation is not contingent on the way you feel today. Your salvation is founded on the Rock of all the ages, Jesus, and what He started and completed more than 2,000 years ago. Your salvation is not contingent on the fact that you struggle with sin. Your salvation is founded on the truth that Jesus died to sin, once, for everyone. And as Paul says, "Even so consider yourselves to be dead to sin, but alive to God in Christ Jesus. Therefore do not let sin reign in your mortal body so that you obey its lusts, and do not go on presenting the members of your body to sin as instruments of unrighteousness; but present yourselves to God as those alive from the dead, and your members as instruments of righteousness to God." (Romans 6:11 - 13)

Paul started this passage in Romans 6 by asking this question: "How shall we who are dead to sin still live in it?" (Verse 2) In the English language we take the word "live" to mean sinful acts. Example: "He is a Christian, living in sin because he's married and having an affair with someone." That's not what the word means here. The word "live" here means to "be alive". When a person is born into this life, they are born into sin. As far as sin is concerned, they are alive. The moment they receive Jesus as Savior they die to sin, and become alive to God (just as Jesus did). No longer are they living/alive in sin. It is impossible. Now they live to God. Their new domain is the kingdom of God. This is possible because Jesus died once, for all. The truth is, it is impossible for one who is truly born again to still be alive to sin because of the work of the cross. We can still chose to sin and suffer the consequences. We become slaves to whomever we chose to serve. But what Jesus did cannot be undone. That's why Paul said we must consider ourselves dead to sin, but alive to God. This is where we live now!

Don't let the enemy lie to you! You are property of God Almighty. You were purchased with the blood of Jesus, shed on the cross. What He did cannot be undone. Therefore what you are (in Him) cannot be undone. Your part is to consider that you are dead to sin, but alive to Him. Present yourself to God as one who is alive from the dead, and the members of your body to Him as instruments of righteousness. Press forward you resurrected person you! You are dead to sin and alive to God, in Christ! And you always will be!

Culture Shock Is Mostly Your Friend 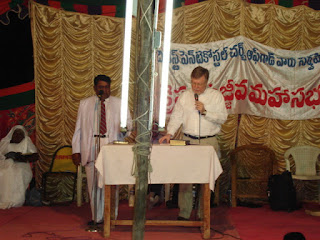 I'll be the first to say that there is trouble in America. But, we are still a very blessed nation. All you have to do is travel to another nation and observe. America is still seen as the land of opportunity to folks from almost every nation. Millions of folks have come to the U.S over the years to start a new life for themselves. And millions have done very well. Again, we are still a blessed nation!

However, the problem for we Americans is that we tend to be unaware of how about three quarters of the rest of the world lives. We're enclosed in our own culture making us oblivious to the rest of the world. This causes even Christians in our blessed nation to be insensitive to the needs of those in other parts of the world. It also produces an insensitivity to the needs of our neighbor, right here at home. There is a solution to this however. It's probably not for everyone, but definitely for most of us. The solution is to go on a ministry trip to another nation and culture. 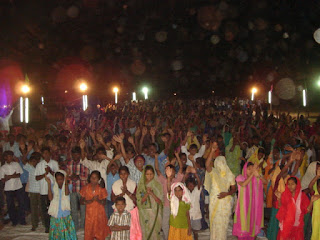 I went on my first missions trip to India in 1997. Simply stated...it changed my Christian walk, hence, my life! First, I encountered culture shock. Culture shock is the feeling of disorientation experienced by someone who is suddenly subjected to an unfamiliar culture, way of life, or set of attitudes. Culture shock is a challenge. Culture shock is a good thing however, because it gets your attention! Culture shock demands we focus on the differences we are not accustomed to. God employs culture shock to change a believer's life in a positive way. One more thing about culture shock. It makes real the truth that not everyone lives like we do.

Second, this missions trip with its culture shock made me a million times more appreciative of our way of life back at home. I was able to see all the ways I had been taking for granted the blessings God has poured out on our nation. God has blessed our nation because many people have taken the gospel to other nations of the world for centuries. If we want to stay blessed, we must continue to obey His command to "Go"! (See Mark 16:15-16) 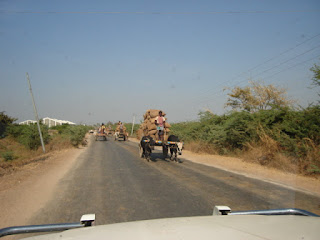 And third, short-term missions made me realize that having "things" is not where true joy and happiness come from. As a follower of Jesus I knew this in my brain, but not in my heart. Through the culture shock I encountered, I saw people with far less "stuff", and far more every-day challenges than me. But they were happy. They had a joy I didn't have. They  relied on the pure presence of Jesus. They had no choice but to fully trust in His Word. It broke my heart, not for them, but for me. As I said, it changed my walk with Jesus.

Let me encourage you to consider a short-term missions ministry trip. But plan to go to an area where life is hard for the folks who live there. Plan to encounter a really strong case of culture shock. Jesus said to "Go", so that part is a no-brainer. If he said to "Go", then the money part is easy. Your part is to obey the call to go. Your part is the simple decision to go. Then start looking for opportunities. Many local churches support missions and missionaries in various places around the planet. So finding an opportunity won't be hard. If it changed my life, it will change your life. Go with a servant's heart, because missions is all about service.

Finally, Harvest Celebration Ministries was conceived of and birthed as a result of my initial visits to India. God has opened doors many times in India, Honduras, and Guatemala. We've only just begun!
By Steve Hutto No comments:
Email ThisBlogThis!Share to TwitterShare to FacebookShare to Pinterest
Newer Posts Older Posts Home
Subscribe to: Posts (Atom)