Are You Impacted By Deception? 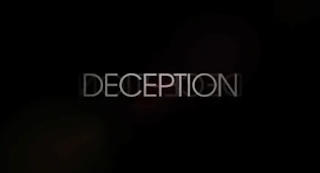 How is it possible for a true believer to embrace doctrinal or political views that directly oppose God's Word? Why do believers embrace ungodly principles in the name of a political party or simply in the name of outright sin? How can a person who claims to be a Christian embrace a worldly lifestyle that defies the principles of God's kingdom? This used to confuse me. But the simple answer is deception. Believe it or not (no pun intended), Christians can be deceived.

The goal of deception is a hardened heart. On the other hand, the goal of the Word of God is that we do not become hardened by the deceitfulness of sin. God has given us His Word as the standard of truth by which we live our lives, and by which we gage all the issues of life.

Sin is the motivation of the enemy. But deception is the power of the enemy. The only way he can overcome and control is through deception. If you know the truth, you cannot be deceived. It's been said that if you tell a lie long enough, you eventually believe it's the truth. And if you hear a lie long enough, you eventually embrace it as the truth! To a deceived person, the lie is believed as the truth.

Deception takes place when a person believes something contrary to the truth; contrary to God's Word. The media in general has provided the platform for the lies of the enemy to be propagated throughout our nation and the world. The secular, mainstream news media has the power to proclaim whatever they want as the truth. If it's on the news it has to be true, right? No, not right! It is utterly staggering how many people fully trust what is said on the mainstream news media, the content of which is their personal, political, and social agendas. What concerns me greatly is that many Christians cannot discern between deception and truth, because they don't know God's Word.

You don't have to have a hard heart. You don't have to be deceived. You DO need to know the Word of God. That's your decision. Then you must confess the Word of God and pray the Word of God over yourself and your family. God's Word is the sword of the Spirit. It is living and active. God's Word cuts through the deception and reveals the heart of God in any situation or any issue. Join with me in these last days in defying the thrust of the world by standing on His Word. Expect God to show Himself strong and mighty in your behalf, and in behalf of those you encourage with His Word.


By Steve Hutto
Email ThisBlogThis!Share to TwitterShare to FacebookShare to Pinterest