Jesus Can Heal Your Marriage 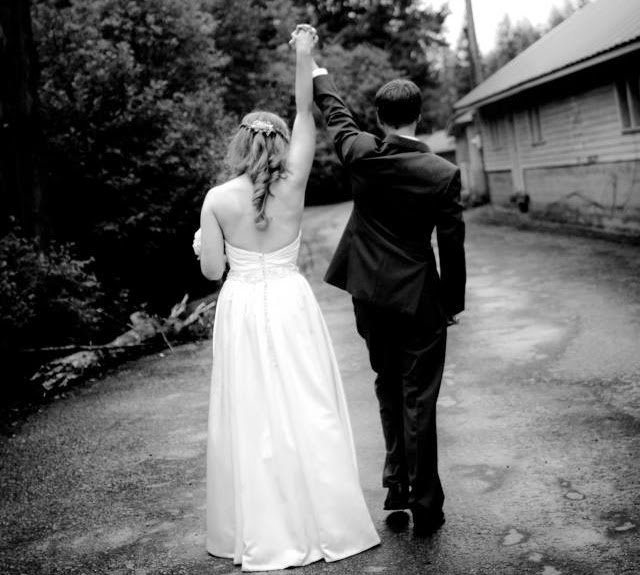 I am sorry to have to begin this post with a disclaimer but: As I refer to marriage in this post, I refer to God's institution of marriage between a man and a woman according to the Scriptures. Jesus Himself said, "But from the beginning of creation God made them male and female. For this reason a man (male) shall leave his father and mother, and the two (male and female) shall become one flesh; so they are no longer two, but one flesh." (Mark 10: 6-8) Again, marriage in this post refers to God's joining of a man and a woman to become one in His holy institution of marriage. As far as this blogger is concerned, Godly marriage is between a man and a woman, joined together by Jesus, our Creator.

If you are a believer in Jesus, and married to one, and you're having marital problems, it is because both of you are not following after Jesus. I'm not talking about just calling yourself a Christian. To follow after Jesus is to follow His instruction and leading concerning marriage. It is also to adhere to His teachings on love and forgiveness. Someone may say (and has a million times), "Oh but Jesus wasn't married. How could He understand marriage?" He does however, understand marriage. He is the creator of marriage. As a matter of fact, He is the Creator of all things! Anything He can conceive of and create, He understands better than anyone else in the universe.

The last time I had a problem with my car, I didn't go to the Chiropractor, I went to the mechanic shop. Why? Because an auto mechanic (a good one) understands cars, how to diagnose problems, and how to fix them. Many folks, including Christians reach anywhere other than Jesus to fix their marriage. Stop that! Go straight to Him! He did it for me...He'll do it for you.

Looking back on how Jesus healed our marriage about 35 years ago, I can see there was one very important stipulation I had to adhere to for healing. That was simply surrendering my life to Him! You see, Jesus can only work in and through a life that is completely surrendered to Him. My marriage crashing at about the four and a half year point compelled me to wholly surrender my life to Jesus. He has never ceased to amaze me since!

Over the years Connie and I have had the opportunity to minister to others concerning marriage. I love to teach on the subject and encourage couples in it. I've counseled many men over the years who suddenly woke up when their marriage exploded due to excluding God. I make it very clear to them that total surrender to Jesus will open the heavens in such a way that He can heal. But I also ask a very pointed question that goes something like this: "Even if Jesus doesn't heal your marriage, will you still follow Him diligently?" Many men have sworn up and down they will follow Him with all their heart from that day forward. I've seen it so many times. Jesus works in their marriage to bring healing. Once things begin to turn around, they drift back to the same old attitudes and lifestyle that brought the problems in the first place. Sadly, many of those marriages never made it.
God used the most important things in my life to get my attention, and to establish the seriousness of my dilemma: my wife and my children. For me that was when I woke up! God may use other things in your life to get your attention. But I can confidently share the fact that Jesus will heal your marriage....because He did it for me. And as they say...and as I already said...if He did it for me, He will do it for you!
I still often become fascinated when I ponder the brilliance of God's institution of marriage. The Scripture tells us that Godly marriage (a marriage in which Jesus is the total and complete foundation, and He is the center of it all) is between a man and a woman. The very anatomy of the two coming together illustrates oneness. God engineered marriage to propagate a clear picture of the relationship between Jesus Christ and His bride, the church. Again, oneness. And a Biblical understanding of the relationship between Jesus and His bride clearly illustrates the oneness that can be achieved in a Godly marriage among husband and wife!
Jesus teaches in Matthew 6:33 that if one seeks first God's kingdom (domain), and His righteousness (total surrender to Him) all these things will be added. "These things" He is talking about includes all the basic fundamentals of living a blessed life. Simply said, give your life totally to Jesus, make Him the first and highest priority, and He will take control of your life. Connie and I are living proof that Matthew 6:33 applies to marriage!

Finally, Jesus made it clear that marriage is His creation, and that it is between and man and a woman. The result is a oneness, and a completeness that only those who do it God's way will experience. Turn your marriage over to Jesus. Let him heal the relationship between you and your spouse. He can do it. He will do it. He did it for me...He will do it for you!
I would like to pray for you. If your marriage is in trouble, and in need of prayer send me a note through the Contact Me form upper right. All I need is your names. Connie and I will pray for you. Thanks!
By Steve Hutto
Email ThisBlogThis!Share to TwitterShare to FacebookShare to Pinterest