A Nation Drifting Away 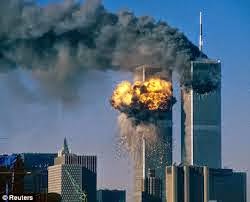 I remember back in 1991 when the Gulf War broke out. We were sending our troops (along with troops from some other nations) to the Middle Eastern nation of Kuwait to liberate it from Iraq and Saddam Hussein. A nation had been overrun by a bully and his forces. America and its folks knew it was the right thing to do to stand against this unwarranted assault.

What I remember most about that time were the prayer meetings that broke out in behalf of our troops and our nation. People gathered to pray regularly in churches, restaurants, homes, malls; anywhere people could meet together. Churches were filled with people seeking after God for His protection for our troops and for our nation. It was very obvious God was with America, and those who stood up for the helpless innocent. It was also obvious that God moved and protected because of the prayers ascending from America and other nations.

On September 11th, 2001 tragedy struck our nation. Again, bullies that prey on the innocent launched the worst attack on our nation since Pearl Harbor. I can easy recall the images of our national leaders praying together on the steps of the Capitol building in Washington, D.C. For a short while there was no Democrat or Republican. We were just Americans, and we had been attacked. It seemed the only response to the atrocity was to seek the face of our mighty God. And we did.

I can remember President George W. Bush, stating time and again how we would trust God as a nation to rise up, rebuild, and bring justice to the attackers. People once again, began to cry out to God for help. For a few weeks churches were filled to overflowing. Prayer meetings once again popped up all over the nation. And when things seemed to be heading back to normal this wave of seeking God began to wan once again. However, things have never been the same since that terrible day of infamy.

The greatest threat to our land today is not ISIS or any other terrorist organization. It is not the Ebola virus. It is the fact that America is drifting farther and farther from God. This has produced blindness in many Americans to the gaping void of leadership in our land. We don't see the degradation of morality in our land. Or perhaps our hearts have become so dull that we don't care anymore. We cannot see beyond today, even though destruction lurks in the near future.

I fear the attitude of "what's the use" has settled in over those who actually understand what's going on. Have we forgotten just how big our God is? Have we drifted so far away from Him as a nation, and as individuals, that we see the problem as being bigger than He is? Well...let me be the first to say  my God is big! He is bigger! He is biggest! There is NOTHING He cannot do!

The farther a nation drifts from God, the more she will hate God. God is not angry at this. He stands ready to receive us back any time we wake up and run back to Him. The problem however is that to drift away from God, to hate God, means God cannot bless us the way He did before. When America was a Godly nation, she was blessed by Him. She was protected by Him. When the odds were against us, God intervened in our behalf. America was a nation with a heart near to God. Things are different now. The erosion of leadership, power, and service America has demonstrated to the world throughout her history is not the judgment of God. It is the absence of God!

The following words from the book of James are tough, but they are the answer for America and it's people. "Draw near to God and He will draw near to you. Cleanse your hands, you sinners; and purify your hearts, you double-minded. Be miserable and mourn and weep; let your laughter be turned into mourning and your joy to gloom. Humble yourselves in the presence of the Lord, and He will exalt you." (James 4:8-10) This passage begins with the call to "Draw near to God." The result, "He will draw near to you." The end result is that anyone or any nation who humbles themselves in the presence of the Lord will be exalted. America was once a nation exalted by God. This is not the case any more.

There is hope however. America can once again be a blessed nation. One who influences the other nations of the world. A nation that stands up for the innocent, and abhors even the thought of bullying tyrants. But she must return to God. She must draw near to God so that He will draw near to her. That begins with you and me, and anyone who will once again fervently cry out for America. God will make a way. God is the only way.