There Is Still Hope 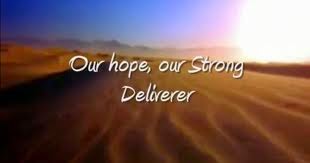 It doesn't take a rocket scientist, or even a carnal Christian to deduce that things are pretty bad in the world. Peter said, "Know this first of all, that in the last days mockers will come with their mocking, following after their own lusts..." (2 Peter 3:3) And Paul said to Timothy, "But realize this, that in the last days difficult times will come. For men will be lovers of self, lovers of money, boastful, arrogant, revilers, disobedient to parents, ungrateful, unholy, unloving, irreconcilable, malicious gossips, without self-control, brutal, haters of good, treacherous, reckless, conceited, lovers of pleasure rather than lovers of God, holding to a form of godliness, although they have denied its power; Avoid such men as these." (2 Timothy 3:1-5) We've seen all of the preceding increase dramatically over the past 2 decades.

People don't just choose not to serve God, they hate God. They mock God and hate those who live for Him. Things have become twisted in these last days. One who takes a stand for God, by standing on His Word, is branded intolerant. The one who accurately identifies sin...and calls it sin...is a hater of those who willfully live in sin. Things are backward in these last days. The prophet Isaiah put it like this. "Woe to those who call evil good, and good evil; Who substitute darkness for light and light for darkness; Who substitute bitter for sweet and sweet for bitter!" (Isaiah 5:20) The honest truth is...God has not changed; neither has His Word changed!

What used to be immoral is now a matter of ones own opinion. What used to be moral is now outdated and politically incorrect. What were once atrocities are now one's rights in our land. Things are pretty bad in our world, and yes, God said it would come to pass.

Add to these difficult times the forces of terrorism being unleashed in the world to destroy God's people, and the free nations in which they live. Never before in the history of our nation has the threat of terrorism been so great. Never before has it been so real. And never have we been so vulnerable. Terrorists live only for one thing...to die for their cause. They live to die so they can take multitudes of innocent people with them.

It looks pretty hopeless doesn't it? But actually it is not. Yes, things have gotten worse as the Bible prophesies, and they will get even worse. But it is still not hopeless. As a matter of fact, there is an answer. Contrary to popular belief Jesus Christ is still the answer. Why? Because He died for the immoral. He died for the terrorist. He died for the Atheist and the Agnostic. He died for you and me. There is no one alive on the face of this planet, saint or sinner, He did NOT die for. He died for all. As long as there is sin in this world, the blood He shed at Calvary still flows; it still washes the sinner clean. As long as times are difficult and people mock God, God's love still reaches through Jesus His Son.

If the answer if still Jesus (and it is), then the answer still comes through His blood-purchased church. But His church must be revived. She must return to her First Love, as she remembers from where she has fallen. This means you and I must repent of our wicked ways, and then seek the face of our holy God. When God's church faces the reality of her short-comings, and as a result draws near to God in fervent prayer, God will begin to change things. My only concern in these last days is will she do it? Can she see the error of her ways? If she can, and will repent and cry out to God...He will heal our land.

"If I shut up the heavens so that there is no rain, or if I command the locust to devour the land, or if I send pestilence among My people, and My people who are called by My name humble themselves and pray and seek My face and turn from their wicked ways, then I will hear from heaven, will forgive their sin and will heal their land. Now My eyes will be open and My ears attentive to the prayer offered in this place." (2 Chronicles 7:13-15)