Are You A Participator Or A Spectator?

There has been a lot of football on the TV lately. Of course it has. It's that time of year. Bowl games and playoff games filling the airwaves in great number! Stadiums filled with ravenous fans rooting on their favorite team. Add to that the millions of fans watching by national television. It's all because 22 men on a field - battle it out for a trophy, an egg, a championship, a title, and bragging rights for the next year. Yes, it's that time of year again. (Read more...)

The Miracle Of His Birth

It's that time of year when many folks celebrate the birth of Jesus. Even though the exact month and date of His birth is unknown, it is still a very special time of the year. Most of the world (even other religions) at least acknowledge His coming. However, to followers of Christ, one of the greatest attributes of His coming is the miracle of His birth. It is the way Jesus was born that infuses Him with the authority to defeat all evil. No one else has ever been conceived and born in such a manner. It was truly a miracle; a miracle like none other. (Read more...)

The Chronicles Of A Missionary (India)

My first trip to India was the one that radically changed my life as a follower of Christ. I was the Pastor of a church which regularly supported an Indian pastor. My purpose for my first trip to India was more visionary than anything else. I wanted to get a good look at where the church's finances were going, and how it was being used. This particular purpose ... (Read more.)

What You May Not Know About Marriage 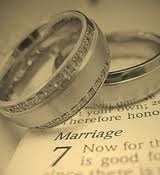 The institution of marriage was established immediately after God took one of Adam's ribs and made Eve in the Garden of Eden. The Bible says, "For this reason a man shall leave his father and his mother, and be joined to his wife and they shall become one flesh." (Genesis 2:24) For what reason?...(Read More.) 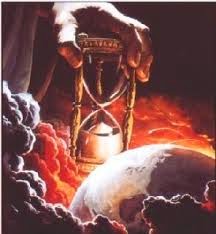 Can you see what I see? Can you sense what I am sensing? It really doesn't take much to see and feel that we are living in very interesting times. If you are a student of the Bible much of what is happening in this world and in the heavens today is not really surprising. It's been prophesied, we've read about it for years, and now we are seeing it come to pass.

I am not an "end-time specialist" but since I am a student of the Word, and live in the end times, I can sense we are very, very near to the return of Jesus. (Read more.)
By Steve Hutto
Email ThisBlogThis!Share to TwitterShare to FacebookShare to Pinterest