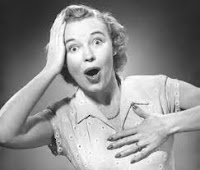 So...you're struggling with sin. You're being tempted. The truth is, you want to indulge in what you know (and God says) is wrong. And...you're a Christian! What? You're a follower of Christ? And you are struggling with sin? What (on earth) is the matter with you? Snap out of it! Be strong! This just doesn't happen to Christians! Or does it?

Truthfully the Bible never says Christ-followers will not be tempted, and yes, even struggle with sin. The Bible never says once a person becomes born again they will never be challenged by sin again. Those who believe such things are believing a myth.

Listen to what the Bible does say about Christians and sin. "If we say that we have no sin, we are deceiving ourselves and the truth is not in us." (1 John 1:8) To say that we have no sin is to deny the truth that we are all tempted with sin. But it gets better. The next verse says, "If we confess our sins, He is faithful and righteous to forgive us our sins and to cleanse us from all unrighteousness." (1 John 1:9) And then (1 John 2:1), "My little children, I am writing these things to you so that you may not sin. And if anyone sins, we have an Advocate with the Father, Jesus Christ the righteous." These words were written to followers of Christ who, just like you and me, struggled with sin from time to time.

Understand that the the power of sin was broken over man over 2000 years ago when Jesus went to the cross. Jesus came and dealt with our sins. He came and destroyed the works of the devil which came about as the result of the original sin in the Garden of Eden. Those who receive Jesus and live for Him are delivered from the eternal death sin produced in all of us who are born as humans. Jesus lives in the true believer and His resurrection life has given us power over sin. But we have this treasure in earthen (human) vessels that still possess the potential to crave the things of this world. Hence the struggle.

Most of us have no problem believing that all of the sins we committed before salvation are dealt with at the time we receive Jesus. We understand that God has not dealt with us according to our sins, but by His own grace. We simply believe in Jesus and all He did and we enter into this grace. What great news! Our standing with God is just as if we had never sinned! This is righteousness. This is grace! The Bible says God no longer remembers our sins.

So...you are a Christian and you are struggling with sin. Perhaps no one knows this but you...and God of course. Perhaps you have stumbled and fallen. Perhaps you've given in to the temptation. Let me tell you what God thinks. (Because what you think doesn't matter...unless you think what God thinks.) He says if you confess your sins He is faithful and righteous to forgive your sins. If we confess and He forgives it is just as if you had never sinned! The problem is we condemn ourselves when God doesn't even remember our sins.

See if this scenario sounds familiar. There's a particular sin you struggle with occasionally. You don't indulge all the time, but it keeps rearing its head from time to time. You give in to it. Then you struggle with guilt. So perhaps you dig in with God, repent, and get a break-through. Things go well for awhile. You think to yourself, "It's been              days or weeks since I've struggled." You keep tabs on the time since your last struggle and fall. The problem with that is you're keeping a record of it when God doesn't remember what you have confessed to Him. Sooner or later when it pops up again, you'll feel even worse because you thought you had mastered it.

Grace does not give us a license to sin. But grace frees us from sin. Yes even this morning's sin. Grace frees us from tomorrow's sin. "If we confess our sins, He is faithful and righteous to forgive us our sins and to cleanse us from all unrighteousness."

I'm reminded of the woman caught in the act of adultery in John Chapter 8. This is a perfect picture of grace. The mob wanted to stone her to death. Jesus said to them, "If your life is completely without sin, by all means, be the first to throw a stone at her." Since even the hypocrites knew their life was not totally sinless they began dropping their stones and leaving one by one. Jesus said to the woman "Where are your condemners? Did anyone condemn you?" She said, "No one has condemned me Lord." Jesus said to her, "Neither do I condemn you. However, go and stop your adultery." When you confess your sins to Jesus, He forgives you your sins. It is just as if you had never sinned. You don't have to wallow in the guilt. Get up and act as if you'd never sinned because to God it never happened! But...stop the sin. Move forward in the power of forgiveness and share it with others.

We're not perfect. We're not flawless. We will make mistakes. We will loose control. We will sin. But God's grace has provided for that. Know that you are forgiven when you confess your sins. Yes, you may remember what you did. And some of those memories are not very encouraging. But remember that God has forgotten! Our confession equals God's forgetfulness. When God forgets...it never happened!