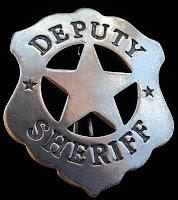 I remember reading in the Word over the years about how amazed people were over the way Jesus taught.  (Matt. 7:28-29), "When Jesus had finished these words, the crowds were amazed at His teaching; for He was teaching them as one having authority, and not as their scribes."  Apparently the crowds had heard lots of teaching, but never with authority.  The scribes of the day were teachers of the Law.  However, the teaching they provided was not fueled by Godly authority.  What is the difference?
Teaching without authority is the same as saying words that originate from man, even if they are based on the Bible.  On the other hand, teaching with authority is when God Himself speaks directly to the people through a human vessel.
Right now I'm getting the image of an old E.F. Hutton TV commercial.  E.F. Hutton was an investment firm.  If you are as old as I am (or close) you may remember it too.  Two men were out jogging and discussing their investments.  One man says, "That's what my broker says."  The other man says, "My broker is E.F. Hutton and E.F. Hutton says....."  Immediately everyone nearby stops, tilts their heads toward the man, and bends their ear to hear every word that "E.F. Hutton says"!  Teaching the Word of God is like that.  The words we teach must be the Word of God as if God were sharing it.  When God speaks, God's authority is exercised.  That is the way Jesus taught.  Jesus said in John 14:10b, "The words that I say to you I do not speak on My own initiative, but the Father abiding in Me does His works."  Then He said in John 17:8, in His high priestly prayer, "For the words which You gave Me I have given to them; and they received them and truly understood that I came forth from You, and they believed that You sent Me."  The key to Jesus' teaching with God's authority is that Jesus said whatever the Father said.  And the only way it could be done is for Jesus to have His will totally submitted to the Father's.  There was no room for pride and selfish ambition.
Godly authority is found in our submission to Jesus.  It is found in complete obedience to God's Word and His voice.  Jesus not only taught with authority, but he walked in God's authority.  He received this incredible, infinite authority from the Father by submitting His will to the Father's will.  Jesus said in John 8:42, "If God were your Father, you would love Me, for I proceeded forth and have come from God, for I have not even come on My own initiative, but He sent Me."  This may be hard for some to swallow, but everything Jesus said and did, was not from His own initiative, but from His Father's.  He was completely surrendered to God, His Father.  (See Philippians 2:5 - 11)  As a result, all authority in heaven and on earth (God's authority) was given to Him.
We must understand that to make an impact as a disciple of Christ in our world, we must move in that same authority.  When we do...stuff happens and the difference is made.  But in order to move in God's authority, we need more than teaching on the subject; we must do what the Word says.  Like Jesus did to the Father, we must totally surrender our lives to Jesus and avail ourselves to Him to be used any way He sees fit.  For most of us that may take a life-time.  But if we truly desire to be totally submitted to Jesus, He begins working in and through us the moment we submit our wills to His.  So my question is to you today...got authority?  You do...in total submission to Him.
By Steve Hutto
Email ThisBlogThis!Share to TwitterShare to FacebookShare to Pinterest